Well here it is Tuesday already.


Backing up to last week a bit.....
I first want to mention how much fun I had with my friends on our monthly Thursday night get together at our local scrapbook store. Its always fun getting together with them at any time, even if its only for a few hours during the week. It was the highlight of my week that is for sure. I truely am blessed with some wonderful friendships.

Friday my MIL took me shopping. She bought me several new outfits. A skirt/blouse, pants/shirt, shorts/shirt and then I bought myself 2 more shirts/shorts. I got most of it from the Fashion Bug. I really do love that store. Friday night, I just hung out at home. Did a little cleaning to my scrapbook room. Its a never ending job.

Sunday, for Mothers Day we had planned to go and visit a new Church with my MIL. She wants to try a church down the street, but did not want to go her first time alone. So we thought we would go with her for Mothers Day. We figured what better day than Mothers Day to visit a new church. However, on Saturday, DH fell twice on his knee. It was very humorous actually. I was sitting on the swing cleaning my dogs ears and he comes out holding his leg. I am like "What happen" He was like "I just fell off the ladder" I am like "How" and he said "I was climbing up to the attic on the attic ladder and the steps just collapsed out from under me. He said I just fell straight down. I suddenly felt 3 inches shorter when my feet hit the ground" I said "Oh my goodness, are you ok?" as I held back laughing. LOL!!!! The thought of that just totally tickled me for the next hour. He appeared to be ok. Then later that day, he was standing up on the bed taking down a shelf and somehow his feet got twisted up in the mattress and off the bed he flew. LOL!!! Right there in front of me. He was so graceful in his landing. He just kind of tucked and rolled, off the bed, but then landed on his poor knee. Again I was like "Are you ok?" He kind of rolled back and forth on the floor, but then again was up and appeared ok. As the day progressed, he begin to get a limp. Said his knee was hurting. That night he put ice on it and by morning, he was hardly able to walk. So he may have appeared ok, but really he was not so ok. It was hurting him most of Sunday. Even still, DD and him made me breakfast in bed, which was wonderful, and then lunch/dinner he cooked fried chicken, mashed potatoes, green beans and salad for his mother and myself. What a treat. I did not have to cook or clean the kitchen the entire day. He and the kiddos bought me another cartridge for my Cricut and he got me and my MIL a fragrance Oil burner (see above photo) with vanilla, pomegranate and orange fragrances. He had already gotten me 2 cartridges last weekend, but felt like he needed something to give me actually on Mothers Day. What a sweetie. I loved both items and I really love him!!! He is such a good man. We stayed home the entire day. I took a nap, we watched movies. Just had a nice relaxing day at home with my family.

Monday, he stayed home from work. His leg was still sore and we started our Fiber 35 diet once again and by the book this time. The first thing it recommends is to do a body cleanse. I want even go there, but know, that you do not need to be too far from home when you first start these. Luckily it is only that way for the first 2 or 3 days until your system adjust to it.
He is also home today too, mostly because of the cleanse, but because of his back and leg being so sore. I feel terrible for laughing now, that I know he really did hurt himself. Ok so I have a sick sense of humor. LOL!!! Anyway, I guess that is it. We walked Sunday night and last night for 30 minutes around our neighborhood. A very nice walk. Not extremely fast, but fast enough to get a sweat going. On a cleanse you are not suppose to stress the body. Its already under some stress as it is cleansing out the toxins from your system. So you are suppose to relax and stay pretty calm during the time you are on the cleanse. So we did not walk extremely fast, but I felt like we did some good. Now I am off to get me something to eat for breakfast. My tummy is saying "FEED ME" I also have to get busy working on my stamp projects for this coming weekend. Have a awesome day/week!!!!
Posted by Le Bleu Bonnet Boutique at 5/15/2007 07:45:00 AM 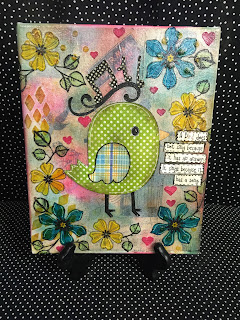 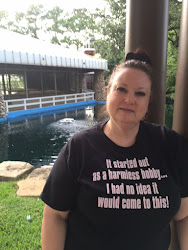